VIP seats for this ice-skating arena

The Iceberg Skating Palace in Russia, located in Sochi, has elegant Figueras VIP seats in the presidential boxes. The seats chosen were characterised by their comfort and generous dimensions, as well as their automatic folding system that allows easy passage between rows. 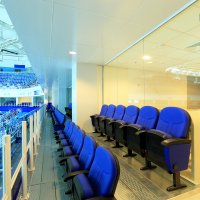 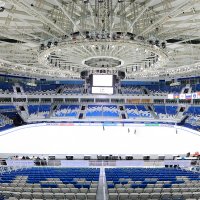 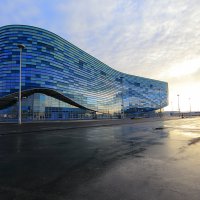 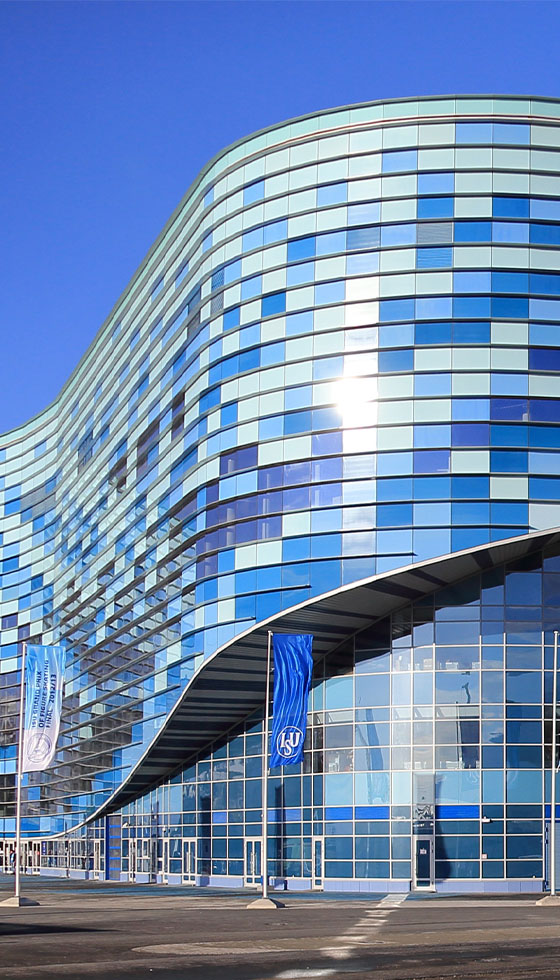 The Iceberg Skating Palace, located in the Sochi 2014 Coastal Cluster, was developed by a first-rate team of architects, engineers and designers, under the umbrella of the Mosproject-4 Institute of Architecture and Design. It is an eye-catching building because of its shape, which is reminiscent of an iceberg. The structure is of metal, weld-free, and it can be dismantled after the Olympics and moved to another town in Russia.

The weight of the structure is 15,000 tons, supported on foundations consisting of 2,290 pillars, 20,000 m³ of concrete and 2,000 tons of reinforcing bars. Its seismic-resistant design is built to withstand an earthquake of magnitude 9 on the Richter scale. The building is clad entirely with glass, tinted in different tones of blue, creating the form of a wave. This Low-e glass changes its transparency during the day, depending on the type of light and the temperature. In winter, the glass keeps the heat in, while in summer it protects the ice inside from the sun's rays, thus saving energy.

The ice palace will serve a dual purpose during the Games as it will be the venue for both the figure-skating and the short-track speed skating championships. The Iceberg's dome is the most complex part of the building. Its centre weighs over 200 tons and consists of 36 radial beams, assembled with millimetric precision. 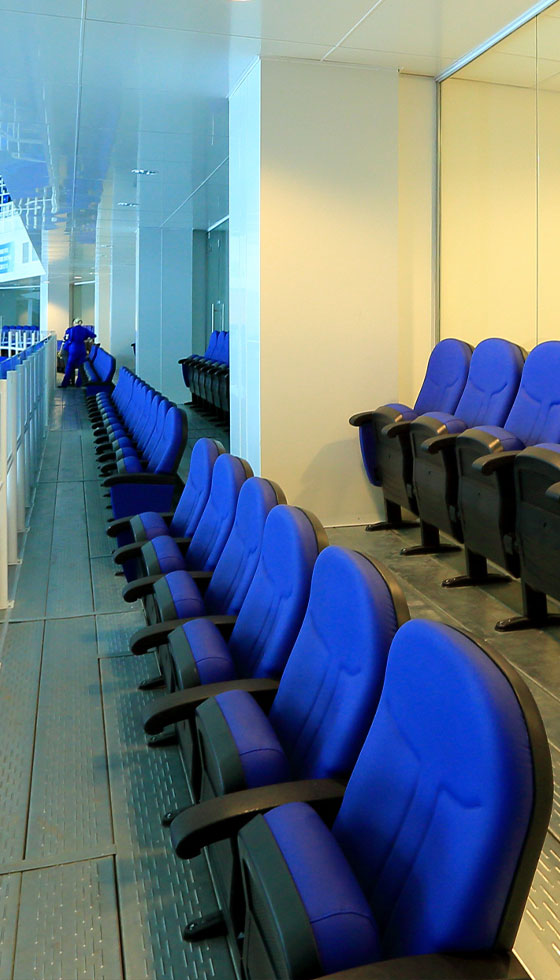 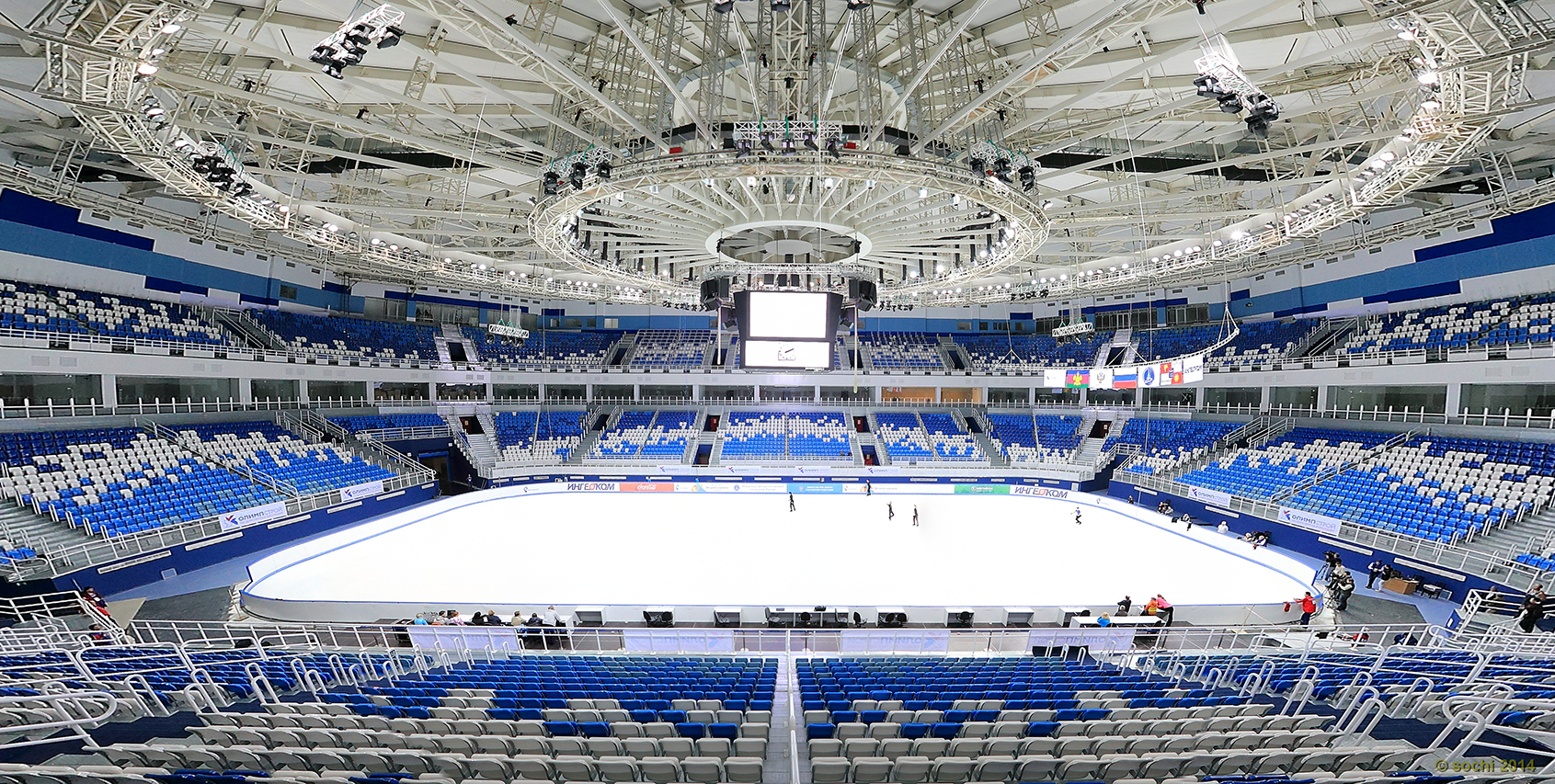 When it came to choosing the seating for the VIP areas in this skating palace, the team of architects wanted comfortable, hard-wearing seats that would be suitable for a venue subject to intensive use, and that could be easily dismantled after the Olympic Games. Both models had to integrate with the design of the arena, be upholstered in colours similar to those of the building, and compliment each other. Two models were chosen: one of generous dimensions, for the presidential box, upholstered in navy blue vinyl, and another more compact model for the whole VIP radius of the stadium, in a lighter blue.

One of the challenges of the project was to achieve complete stability of the seating on a floor made up of metal plates instead of the usual concrete slab. To ensure extra-secure anchoring of the seats it was decided to use models with side legs as opposed to one central leg. For further stability the rows were formed by means of interconnected backrests, affording  greater rigidity.

Figueras has equipped the VIP area of this stadium with models Tango 5136 and Megaseat 13036, both amply dimensioned for excellent user comfort. As far as safety is concerned, the seats have a tip-up, or automatic folding system, based on a dual spring system inserted inside the seat body (tested to 500,000 cycles), which requires no lubrication and operates silently. This means that, when vacated, the seats return gently to their upright position, leaving the rows clear for people to walk through. Both models comply with the safety dimensions required for this type of enclosures and with international fire regulations. 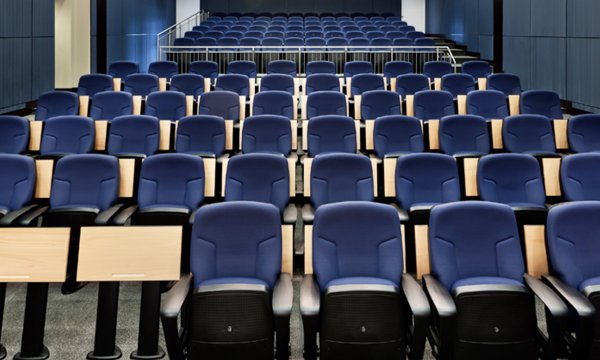 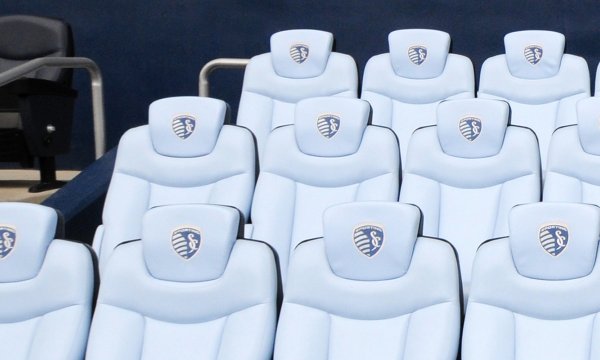 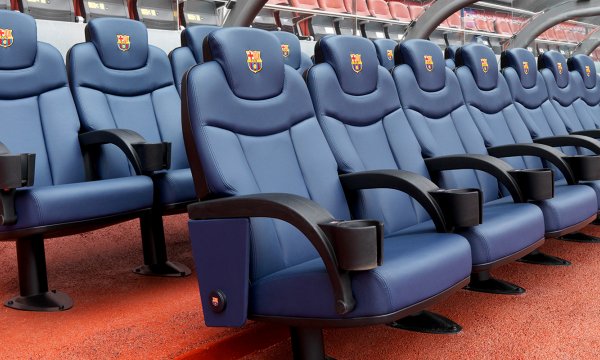 Francesc Mitjans
FC Barcelona - Camp Nou
Barcelona, SPAIN
Contact us for more information
DATA PROTECTION INFORMATION. Purposes: Respond to your requests and send you commercial information about our products and services, including by email. Legitimation: Consent of the interested party. Recipients: No data transfers are foreseen. Rights: You can withdraw your consent at any time, as well as access, rectify, delete your data and other rights here. Additional Information: you can see more information at Privacy Policy