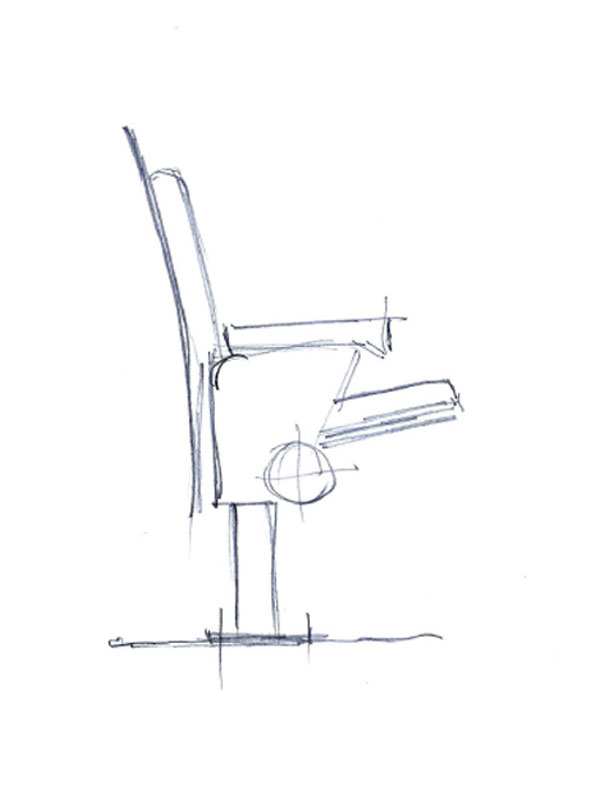 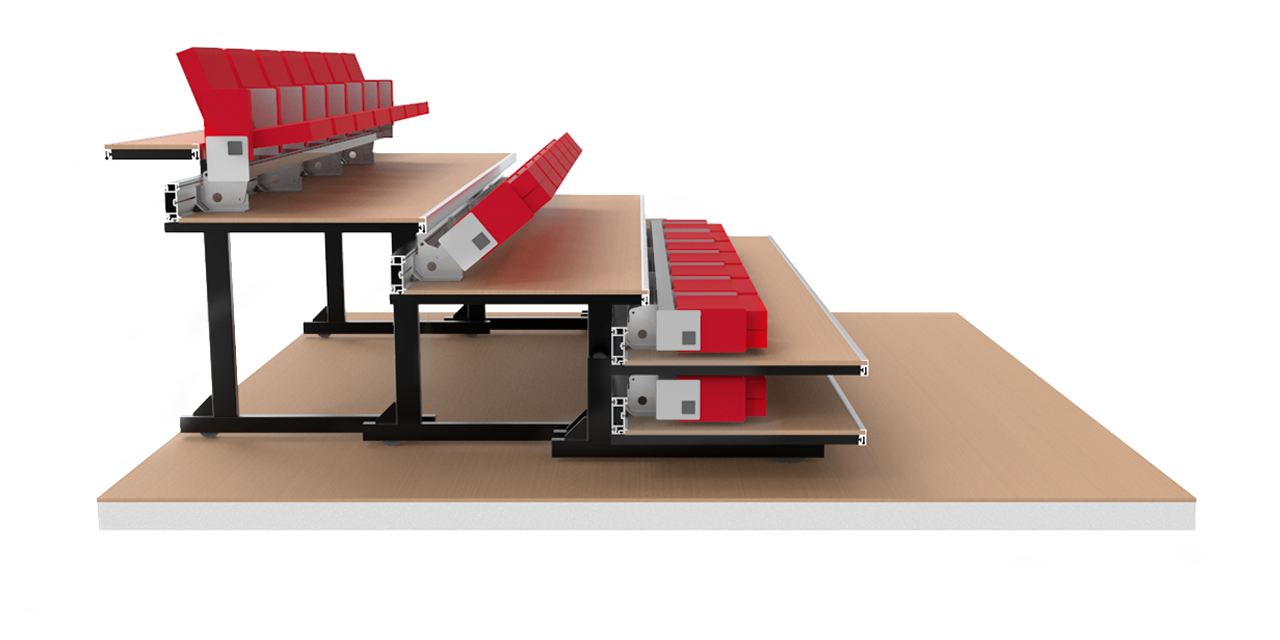 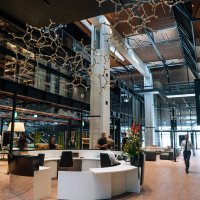 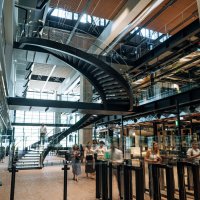 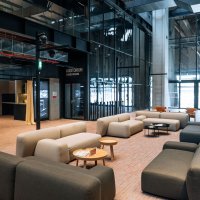 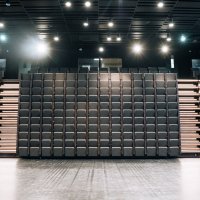 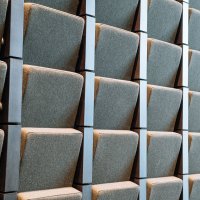 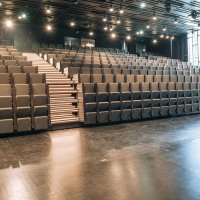 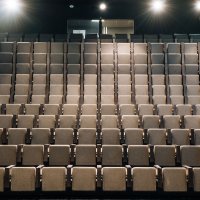 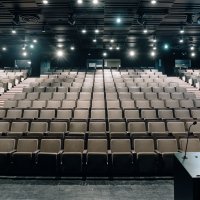 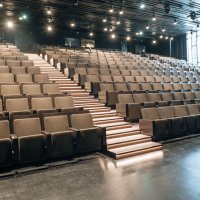 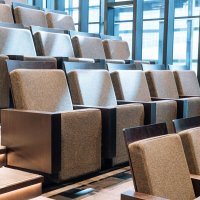 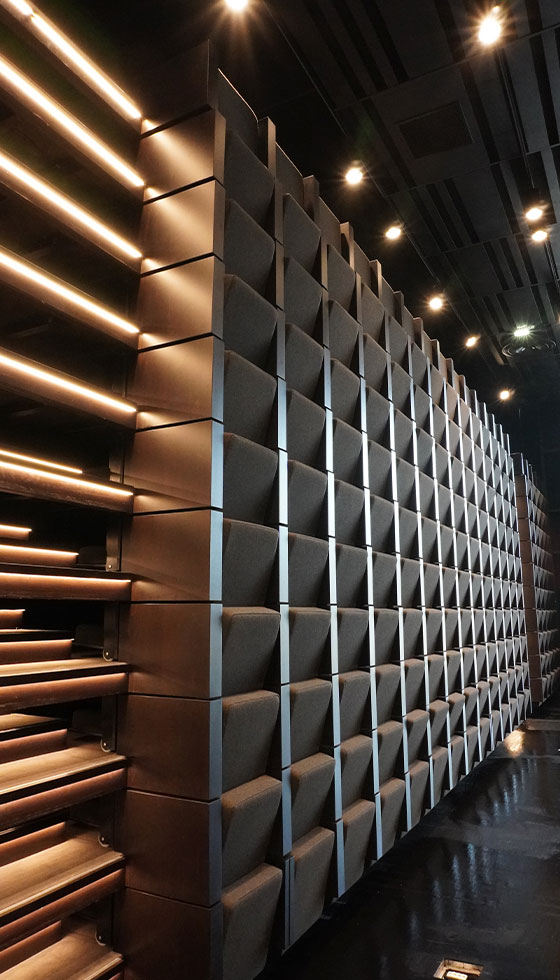 Located on the banks of the River Seine in the Boulogne-Billancourt region of Paris, this emblematic building was designed under the name 57 Métal by renowned architect Claude Vasconi, winning him the National Architecture Prize in 1982. Built in the early 1980s, it originally housed the workshops of Renault, the well-known car manufacturer. Two decades later it was converted for the first time by architects Jakob+MacFarlane at the request of the French car company. The building was then used to host Renault’s promotional events, but it was later vacated, sold and threatened with demolition, even though it remained an important part of the country’s industrial heritage.

Finally, Dominique Perrault Architecture and BNP Paribas Real Estate teamed up to give this complex a new lease of life, renaming it Métal 57 and converting it into office premises, encouraging experimentation and taking up the challenge of preserving the original architecture and the industrial nature that are so characteristic of it. With this ambitious refurbishment and extension project, the building now has modern offices, all kinds of services and a multi-purpose auditorium equipped with state-of-the-art telescopic seating with Figueras chairs, specially designed together with architect Dominique Perrault for this project.

The greatest challenge facing the project for Métal 57, the new headquarters of BNP Paribas Real Estate, was to transform a symbol of late 20th-century industrial heritage, preserving its architecture but adapting it to new uses. The original shape, with its iconic silhouette, has been preserved to retain its identity. Vasconi’s emblematic sheds, which characterised the industrial buildings of the time, have also been maintained with slight modifications, such as the installation of large windows in each of them. They have thus been given a new function, that of allowing a large amount of natural light into the whole space without losing their original shape.

A new prism-shaped glazed section supported by the sheds has been added to the work, considerably extending the usable space and providing an elegant contrast between the more contemporary building and the old one, built in the 1980s. Métal 57 has thus become a dialogue between two architectures, two periods and two geometries.

The more contemporary building, with a mixed concrete and metal structure, has four levels and it’s characterised by two large inner courtyards that allow a great deal of light into the entire space. Intended for use by the tertiary sector of a new generation, it provides numerous services, from cafés, restaurants, fitness centres and a co-working area to a modern multi-purpose auditorium with retractable seating equipped with Figueras chairs. 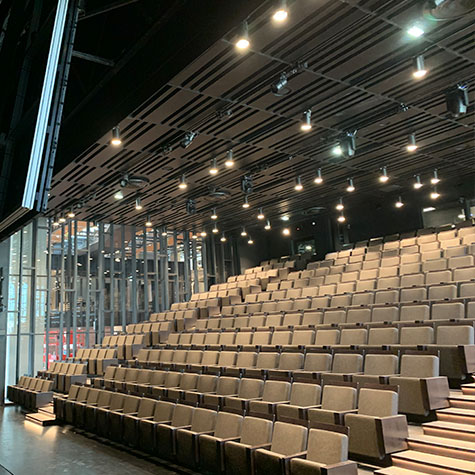 Figueras has been involved in the adaptation of the multi-purpose auditorium of Métal 57, equipping it with telescopic seating with customised seats, two automatic side curtains and liftable platforms that act as a stage.

The telescopic seating includes 288 seats and more than 150 synchronised electric cylinders, allowing the backs of the seats to fold up automatically at the same time. In less than five minutes a fully open-plan space can become an auditorium equipped with elegant, generously-sized seating providing maximum comfort for its occupants. The main benefit of using seating of these characteristics is that it provides the auditorium with versatility and a multi-purpose nature, guaranteeing maximum optimisation and use of the space.

The installed seating was specially designed for this project in partnership with the Dominique Perrault Architecture studio. Its design is characterised by its wooden finishes on the sides and the back, in complete harmony with the sober and elegant style of the auditorium. The main distinctive feature of the seating lies in the way in which it’s been installed on the telescopic mechanism with its anchorage point at the front. The particular way it’s attached allows the backrests to be automatically retracted under the seating by means of electric cylinders which are activated once it’s opened. This characteristic reverse folding system, together with the wooden finish of the stand, generates a highly elegant visual effect when the seating is closed; at first glance, it looks like a piece of furniture for purely decorative purposes.

Another of the peculiarities of this installation can be observed when the seating has been completely deployed, with each of its twelve platforms perfectly coinciding with the uprights of the side windows. To achieve the above, a system with high-precision laser sensors has been used to guide the seating and bring it to a stop, together with a gap of less than 5 centimetres to the windows. As a result, the seating doesn’t require any side railings, resulting in a more homogeneous space free of visual obstacles.

All the requirements and needs of the space have been taken into consideration in this project while caring for every tiny detail, from the LED lighting of the seating, fully customised to create the ideal atmosphere, to the installation of flush floor-mounted power sockets for every two chairs. Another of the considerations taken into account has been guaranteeing accessibility to the building for everyone. Two modules of four removable chairs have been installed in the front row of the grandstand, thus facilitating the use of the space for people with reduced mobility and their companions.

With the successful completion of this task, Figueras has once again demonstrated its ability to manage complex projects by providing 360° solutions ensuring optimal usability and optimisation of the space. 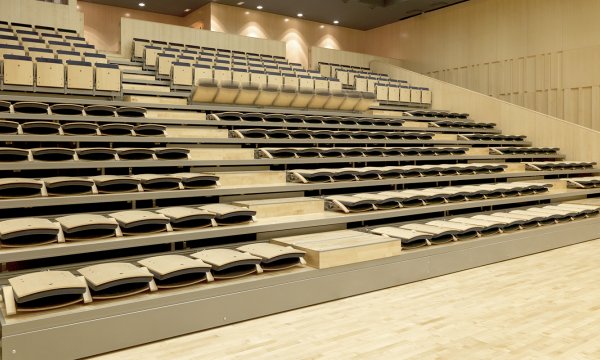 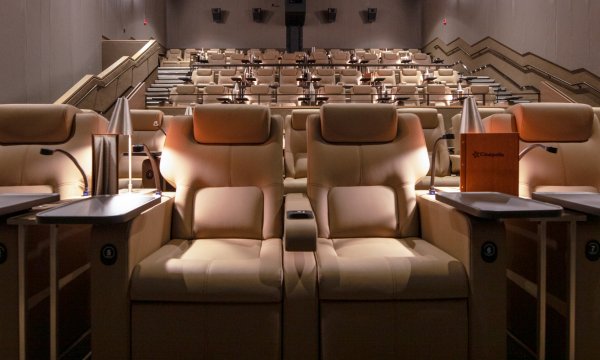 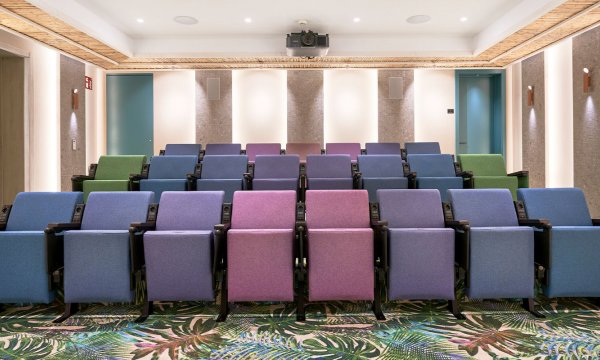 Rafael Balaguer
Hotel El Vicenç de la Mar
Cala Sant Vicenç, SPAIN
Contact us for more information
DATA PROTECTION INFORMATION. Purposes: Respond to your requests and send you commercial information about our products and services, including by email. Legitimation: Consent of the interested party. Recipients: No data transfers are foreseen. Rights: You can withdraw your consent at any time, as well as access, rectify, delete your data and other rights here. Additional Information: you can see more information at Privacy Policy