Refurbishment of the seating in one of Princeton University's largest auditoriums.

Princeton University has seats designed by Figueras in one of its largest lecture halls, the McCosh 50. This auditorium, with a capacity for 445 attendees, preserves much of the architecture of the original building, built in 1907, including the stone and wood finishes and the original seats.

The architecture firm 1100 Architect entrusted Figueras with the redesign and manufacture of these distinctive seats. The main aim was to create a design that preserved the essence of the original seat while adapting it to current needs and increasing its comfort. 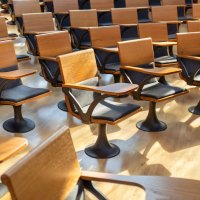 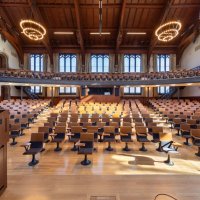 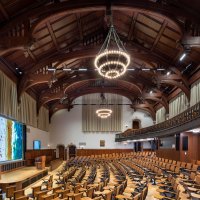 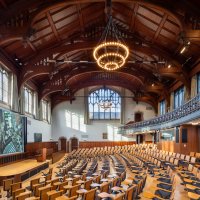 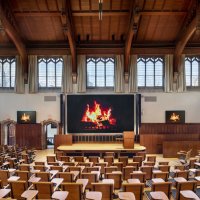 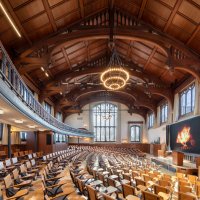 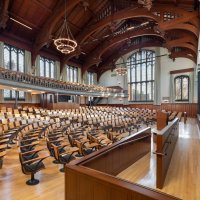 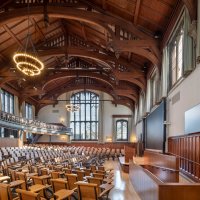 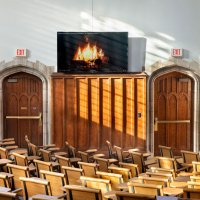 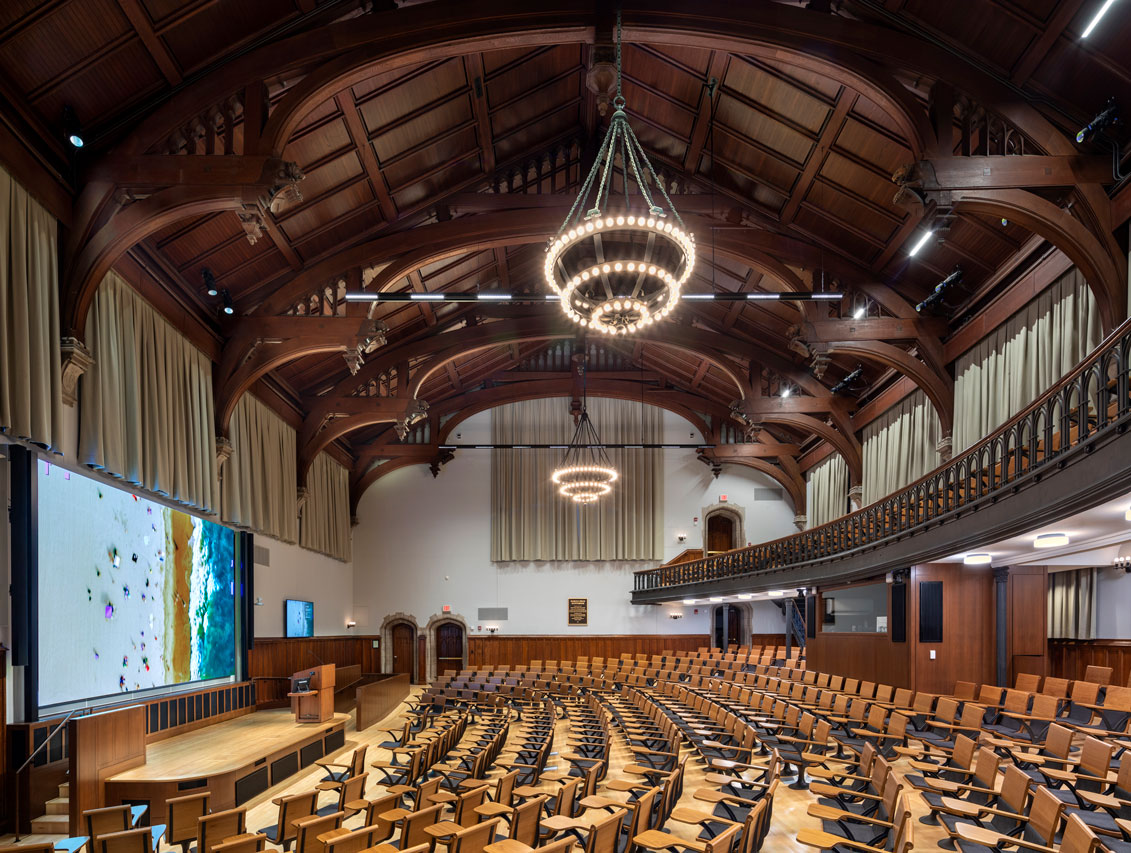 Princeton University, located in the state of New Jersey, is one of the most prestigious universities in the United States and has been repeatedly considered one of the ten best educational institutions in the world. This university, founded in 1746 and a member of the famous Ivy League, is the fourth oldest in the country.

One of the largest spaces on the Princeton University campus is McCosh Hall, a building with two of the largest lecture halls in the university. One of these classrooms is McCosh 50, where not only academic activities are held for the students, but also lectures by world-renowned guest speakers. This emblematic auditorium, with a capacity for 445 attendees, preserves much of the architecture of the original building, built in 1907, including the stone and wood finishes and the original seating.

Due to the age of the building and its constant use, the McCosh 50 auditorium needed a renovation to implement acoustical, visual and space improvements, thus achieving an optimal experience for attendees, fully up to the standards of the renowned institution. The auditorium renovation project included the removal of the old seats and the installation of new ones that would retain the style of the originals but would include certain improvements to ensure maximum occupant comfort. The architectural firm 1100 Architects entrusted Figueras with the redesign of these distinctive seats.

The renovation of the McCosh Auditorium was planned to be carried out in two phases spanning a period of two calendar years, both phases were scheduled to take place during the summer months, coinciding with the end of the school year. The first phase, focused on the implementation of improvements to the acoustics of the space, was developed during the summer of 2019. The second phase, scheduled for the summer of 2020, began in May 2020, taking advantage of the fact that classroom academic activity had been suspended due to the global coronavirus pandemic. In this second phase the improvements consisted of renovating the auditorium floor, implementing a more current audiovisual system, and installing the new Figueras seating.

The main challenge of the project was to design a seat that would preserve the essence of the original seat but adapting it to today's needs and increasing its comfort. For our client, it was essential to create a replica very similar to the original model so that it would not clash with the auditorium, characterized by its impeccable preservation of the original elements of the building.

In order to achieve an armchair that resembled the original armchair, we worked with professional craftsmen, specialists in each of the materials used to manufacture the final product. The wood chosen to manufacture the armchairs, originally from French oak trees from Burgundy, was selected by our carpenter, who traveled to the location to personally select the trees that best met the quality requirements.

Small modifications were made to the armchair, including an increase in its size, in accordance with the physical changes that the human body has undergone in recent years. The size of the auxiliary writing tables has also been modified to allow the comfortable use of laptops and tablets. 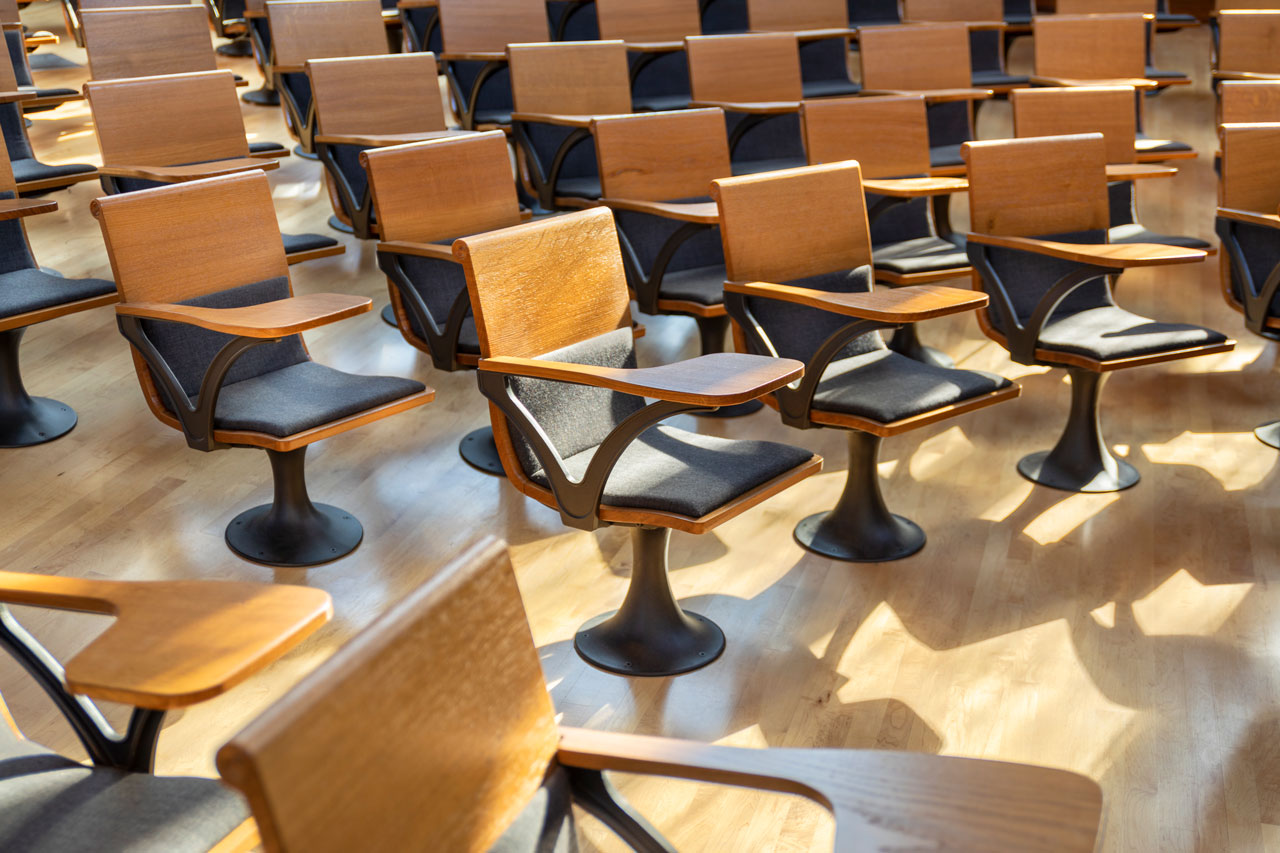 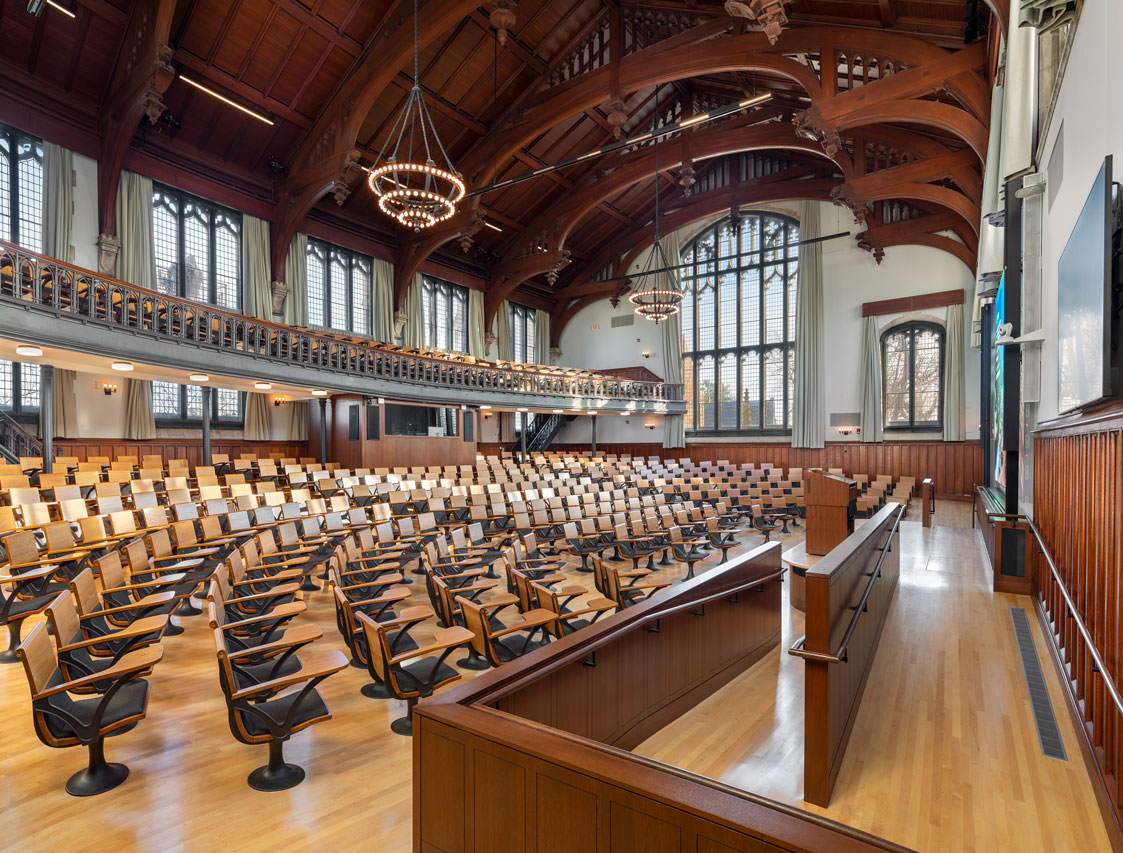 Another challenge of the project was to maintain the original capacity of the auditorium, the fact of having wider seats complicated the achievement of this goal, to achieve this we had to play with the arrangement of the seats. A unique distribution was made where each seat had an exact place to be placed, this added a plus of difficulty to the installation process.

The floor of the McCosh auditorium slopes both vertically and horizontally, for this reason, it was necessary to play with the inclination of the seats by means of their feet. For this purpose, different molds were made to make feet that could be adapted to the inclination of the floor, in addition, a rubber O-ring was added to them.

On the other hand, it was also important to adapt the space to the new accessibility regulations, reserving spaces in the front row for people with reduced mobility and facilitating their access through wide aisles that comply with current regulations. Adjustments were also made to the layout of the rest of the seats to ensure comfortable passage between rows and guarantee the safety of the audience in the event of an evacuation. 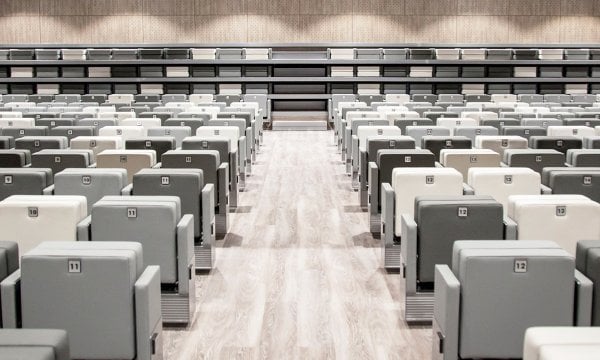 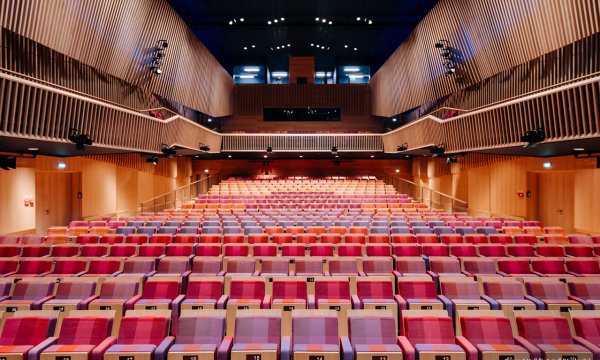 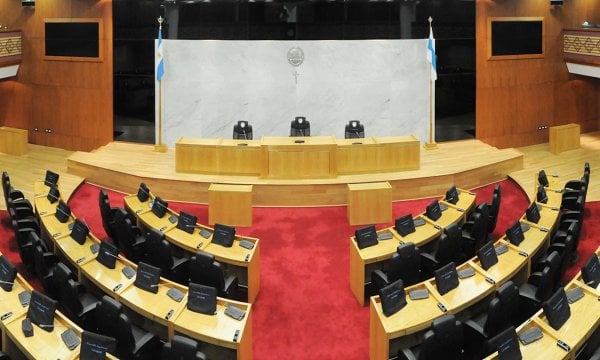 Estudio Diego Peralta Ramos, Federico Witko
Honorable Legislatura de Tucumán
San Miguel de Tucumán, ARGENTINA
Contact us for more information
DATA PROTECTION INFORMATION. Purposes: Respond to your requests and send you commercial information about our products and services, including by email. Legitimation: Consent of the interested party. Recipients: No data transfers are foreseen. Rights: You can withdraw your consent at any time, as well as access, rectify, delete your data and other rights here. Additional Information: you can see more information at Privacy Policy