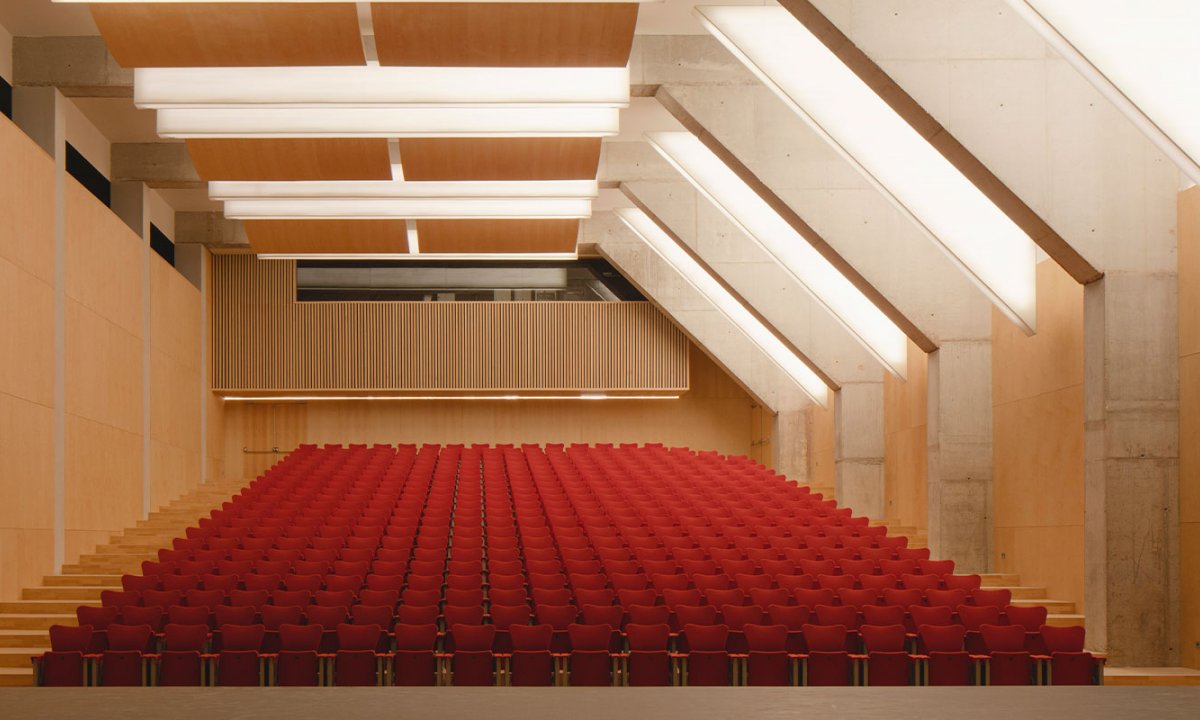 The Benidorm Cultural Centre has been for years one of the most awaited projects of the cultural sector in the province of Alicante, offering services popularly demanded by the citizens and it is expected to have a great reception.

The prestigious architectural firm Navarro Baldeweg Asociados was the winner of the public tender held by the Benidorm City Council for the execution of this project. After years of development and several delays due to a political-economic context that was not favorable for the successful conclusion of the construction phase, the Benidorm Cultural Centre has been satisfactorily completed and aims to become one of the contemporary architectural icons of the city.

The Alicia seat has been the model chosen to equip this space. This seat was designed by the architect of this project, Juan Navarro Baldeweg, and developed by the Figueras Design team, having also been the choice of his prestigious architectural studio to equip other emblematic buildings such as the Palacio de Congresos de Burgos or the Teatros del Canal in Madrid.

The design of this seat, inspired by the lines of an elegant handkerchief, is composed by two distinct parts; on the one hand, the geometrically shaped support, which is considered an extension of the space itself. On the other hand, the organic structure, which is in contact with the body, is characterised by a light design capable of ennobling the room and being in harmony with its functionalities and aesthetics.